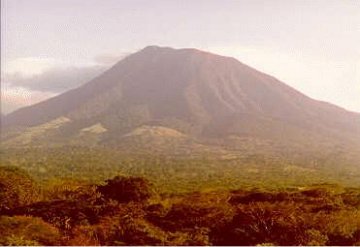 The near lands to the base of the Orosí volcano has been taken advantage of cattle raising works and agriculture. From the magnificent country property los Inocentes, the mass of the volcano is appreciated with all its conformation. Old laundries of lava are observed in many places bordering the rivers that have their springs in the hill: the Sábalos, among other, beautiful tributary of the Lake of Nicaragua that slowly slips between los Inocentes and the Hacienda Alemanand. More toward the north there is the Sucio river or Mena in whose banks toss roots a town of farmers: Santa Cecilia.