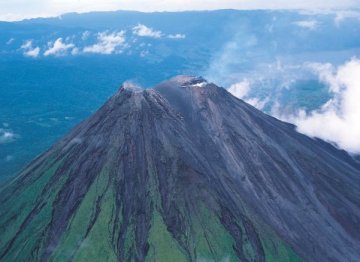 Until the year 1968, the Arenal had been considered as a peaceful volcano from times inmemorables. There is no record of the activity during the colony neither in the later years. Until the decade of the thirty their top was not tramped and it was when an expeditionary group checked activity of fumaroles.

At the moment the Arenal stays in constant activity, without representing any danger for the visitors, and giving the opportunity to appreciate the great scenic resource of its surroundings like the Lagoon of Arenal and the park of the same name; one can also enjoy the thermal waters, for which there are specialized spas.